Paul George got off to a blistering start to the season, inserting his name into the MVP conversation. But George has struggled over the past three games (he’s still averaging 14.6 points per game during this struggle), due to missed jumpers and becoming more of the defense’s attention.

In the first 21 games of the season Paul George was held under 20 points four times, but in the last three games he has failed to crack 20 even once. He scored a season low 10 points against Charlotte and has shot just 27 percent in the past three games.

George and his all-star level of play to start the season have forced defenses to treat him as an offensive superstar. Miami gave George trouble by blitzing him, and it wasn’t until LeBron James switched off of George until he started knocking down shots.

But here are George’s shot charts for the last three games. First against Miami, where George shot 4-for-11 from the field. 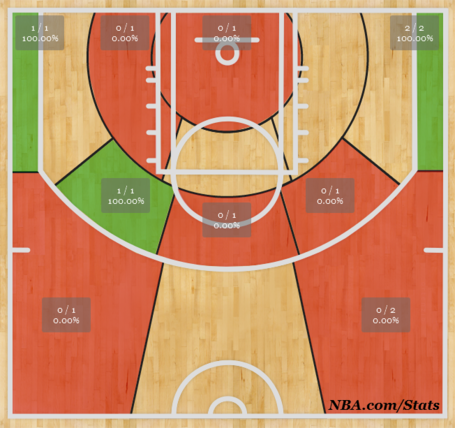 Then he struggled against Charlotte knocking down just two of his 12 shots. 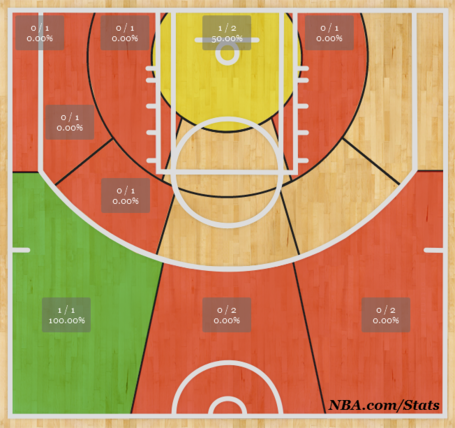 And finally, Detroit, where he actually found himself shooting near the basket. 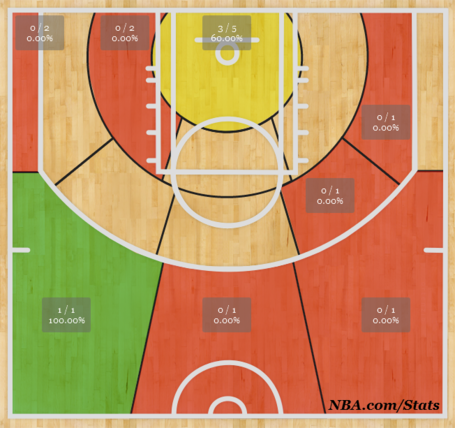 That’s not a drastic fall, but he shot just three times near the basket against Miami and Charlotte, but five times against Detroit.

Another problem for George has been his inability to knock down mid-range shots. On two-pointers outside of the lane, George is 1-for-12 in his last three games; for the season though, he has knocked down 43.8 percent of his twos beyond the paint for the entire season.

Those are the shots George thrived on early in the year. He was able to pull up from 15 feet and knock down jumpers. But defenses have been able to force George into more difficult jumpers recently.

Here against Charlotte, George has just received a dribble handoff (that turned into a ball screen) from Luis Scola. 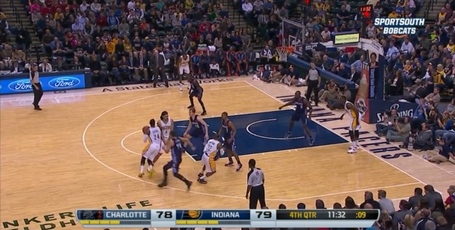 Jeffery Taylor is trailing George behind the screen and Cody Zeller has sunk off of Scola to help. George actually takes a hesitation dribble that allows Taylor to catch back up. 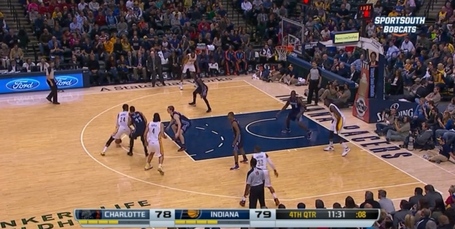 Zeller stays in help defense with George, and Taylor has been given enough time to recover and contest George’s shot. 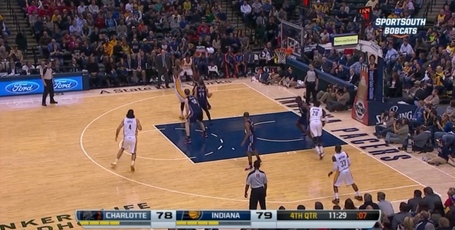 The two problems for George are that he has decided to shoot a fall away jumper, and that he didn’t pass the ball back to Scola, who was left open by Zeller.

He did a similar thing against Miami after getting a ball screen from David West. Instead of attacking Shane Battier, George elects to shoot a running fade away. 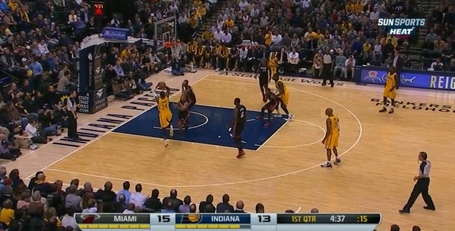 It’s not to say George hasn’t been passing. He’s averaging more assists in the last three games, 4.3, than he has this season, 3.5. And George has been getting to the line more frequently, 7.3 times per game compared to his season average of 5.7.

George hasn’t gotten any easy baskets in transition in the last three games either; he has had three transition opportunities – one each game – per Synergy Sports. And all three have resulted in George shooting a three, as they weren’t break away possessions. The defense had defenders back each time.

It’s only been a three-game slump, and he has averaged nearly 15 points per game. But it is a slump, and George has looked frustrated. Defenses will continue to give him the majority of their attention, as he is the top option for Indiana.

But George needs to adjust, if he is going to become one of the top players in the NBA.