Jeff Foster Remembers The Pacers Playing In The Playoffs, But He Not That Old

Share All sharing options for: Jeff Foster Remembers The Pacers Playing In The Playoffs, But He Not That Old

Mike Dunleavy is making the first playoff appearance of his career, but he's heard enough from Jeff Foster about his playoff experience considering the fact that Foster has been right by Dunleavy's side during the Pacers recent playoff drought.

From Bruno's Caught in the Web, Dunleavy took a little shot at Foster's veteran war stories.

"Jeff Foster has loved to talk about it and tell all the playoff war stories," Dunleavy said with a wry grin. "I told him, 'Hey, man, it's been four or five years since you've been there. Back then they wore low-top Converses and played with a red, white and blue ball so you may have a few things to figure out yourself.' "

Hmm, I think Dunleavy may be confusing Jeff's career with my Jeff Fauxster image. 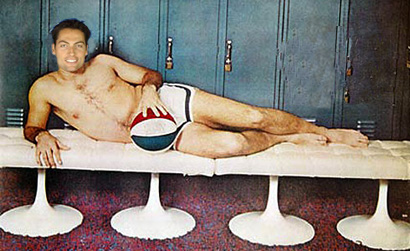