When you closely follow a tough season like the Indiana Pacers are playing through right now, sometimes you lose track of just how far you've lowered the bar of expectations.

After three demoralizing losses in four days, my expectations for the Pacers' performance in Phoenix last night centered around the team getting home in one piece. Even with the Suns playing short-handed, the Pacers were playing their fourth game in five days against a team that would push the pace and likely push the Pacers around after wearing them out in the second half.

But when the Suns reached the point in the second half where they had the lead and could start pushing the Pacers all the way home, Earl Watson stood up pushed back. Watson lit a spark the shined a light on a fed up Pacers team that, for one night at least, showed some fight worth rooting for.

Fortunately they just pushed back, although since this is the Pacers, don't be surprised if David Stern decides Danny Granger should be suspended for the rest of the season. Unfortunately, Granger's efforts to use the juice from the dust up to deliver an homage to Reggie Miller came up short when his efforts to silence the boos he earned bounced off the rim. Granger was 2-6 when shooting to steal the game in the fourth quarter and in the end the Pacers are left with another loss.

But at least they showed some fight. See, severely lowered expectations. We were expecting the loss with no fight.

After the jump, a few links from the loss along with some great images via Bright Side Of The Sun.

Here are some great images from the game last night via Max Simbron from Bright Side Of The Sun. 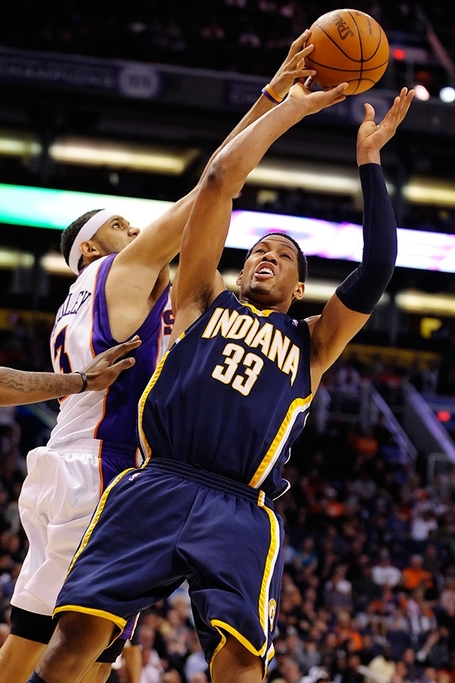 This block makes me so mad, I might go nuts later. 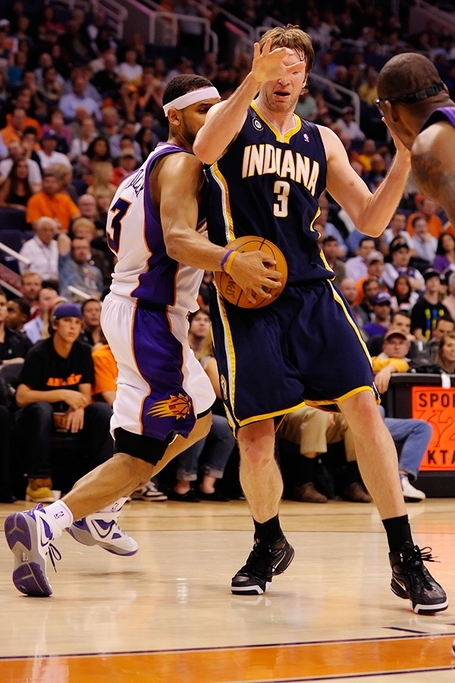 Hey, Dudley, if you're going to treat me like that at least buy me dinner first. 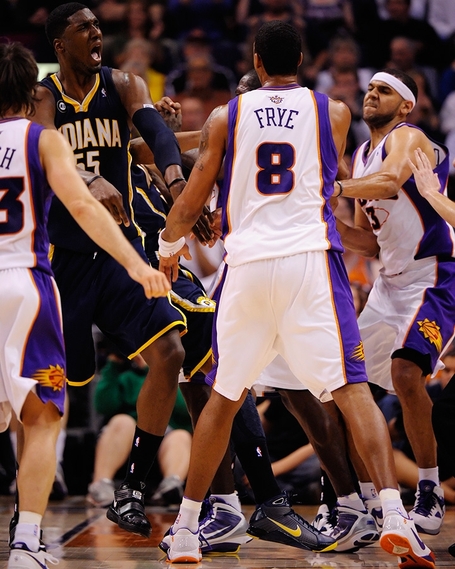 Hey, pick on someone your own size. 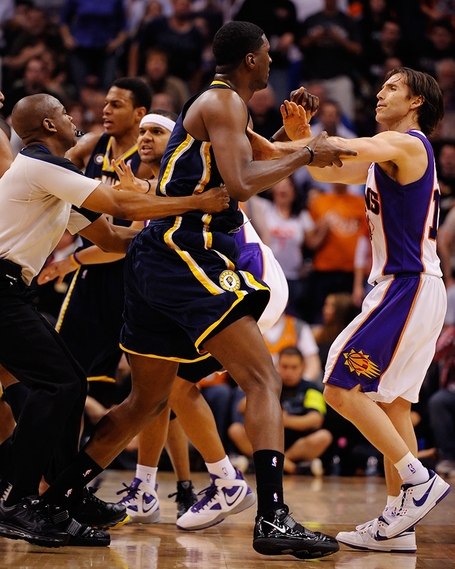 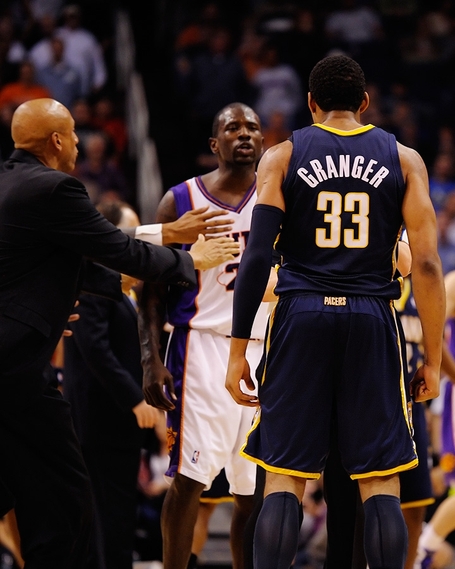 Once these coaches get between us, I'm really going to get mad! 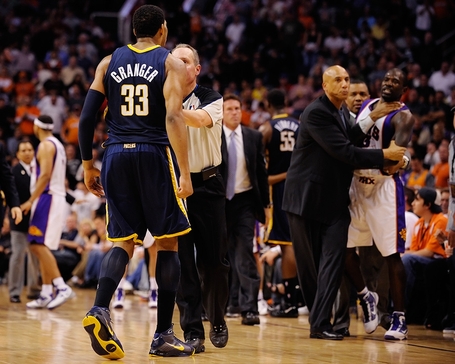 Keep holding me back so I can keep posin'. 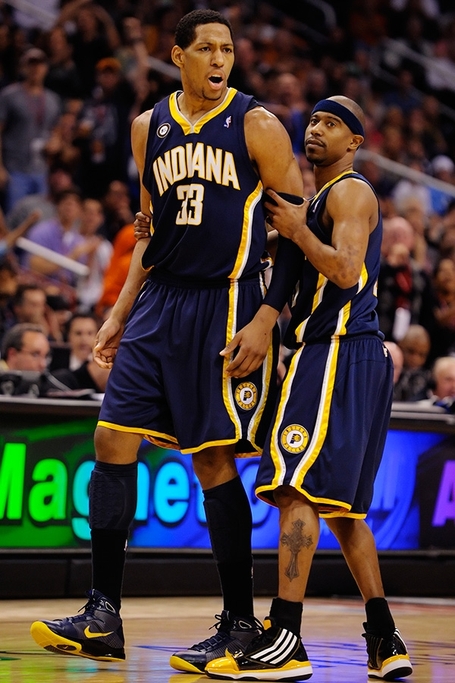 Let's get back to ball, baller.