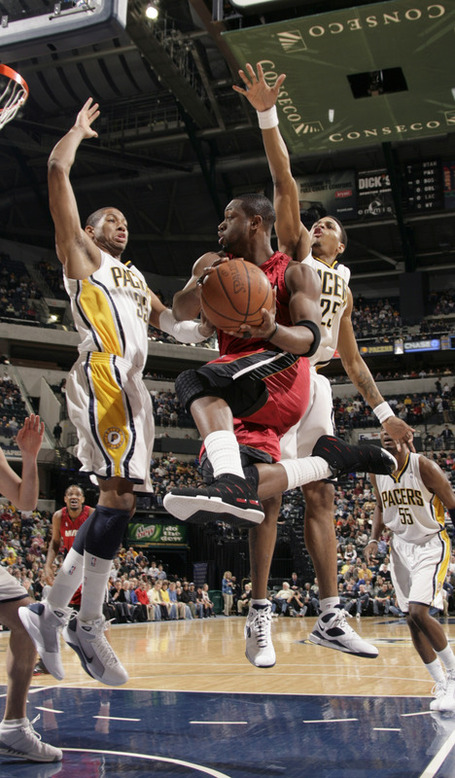 Dwyane Wade was pushed into the corner forced to shoot a contested three for the win. He missed.

The Pacers followed a familiar recipe for disaster on Wednesday night. After playing a tough opponent to a near stalemate for most of the game, a solid fourth quarter effort put the Pacers in position to close out a win (this time, up 10 with 3:45 to play). Then a sudden rash of empty possessions puts the great effort in jeopardy until eventually the opponent's closer hits a game winner leaving the Pacers no recourse but to hang their head and take a loss.

But tonight that final ingredient, in the hands of an MVP-caliber closer in D-Wade, didn't mix and the Pacers averted disaster with a 90-88 win. The ball hit the rim, bounced off the glass and fell harmlessly to the floor WITHOUT going through the net.