Share All sharing options for: IC Cold Links: Ready For Another Game 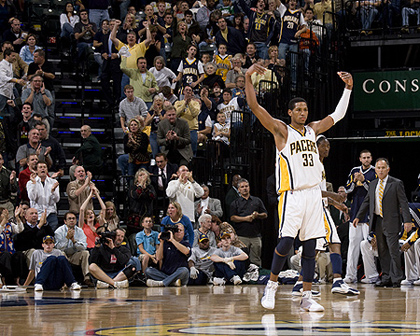 Danny Granger brings the crowd to its feet with the W in hand. Notice
Larry Bird a few rows up joining in the approval. (Photo: Frank McGrath)

After watching the Pacers exciting win over the Celtics on Saturday night, the wait for tomorrow night's game against the Phoenix Suns is beginning to drag. Oh well, at least it gives Danny Granger a little extra time to take care of his chompers. In the mean time, here are a few items of interest: