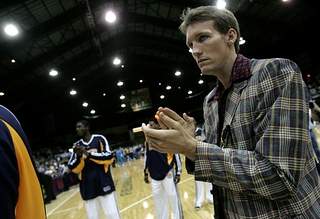 Here are some reports and observations from the Pacers loss last night: